There has been a stable M&A market amongst Nordic industrial companies despite a slight slowdown. Both strategic and financial buyers have made many acquisitions in the Nordic countries in 2017.

The Nordic M&A market has experienced a slight slowdown during 2017 compared to previous years’ high levels. Sweden dominates in terms of the number of completed acquisitions, with almost 50% of the acquired companies in the Nordics being of Swedish origin.

During 2017, Sandvik divested both Sandvik Process Systems, which was acquired by the Swedish investment company FAM, and Sandvik Hyperion, which was acquired by the US based private equity firm KKR & Co. The companies had enterprise values of SEK 5 billion and SEK 4 billion respectively. Latour acquired approximately 27% of the shares in Alimak Group, making Latour the majority owner of the lift and work platforms company. At the time of the acquisition, the company was valued at SEK 8.4 billion, corresponding to 18x EBITDA.

Several acquisitions have been made to high valuation multiples. Amongst these were Solidium’s investment in Konecranes at 20.2x EBITDA and Karo Pharma’s investment in Weifa ASA at 17.8x EBITDA.

However, the largest strategic acquisition in the Nordic market during 2017 was foreign. The Chinese paper manufacturing company Anhui Shanying Paper Industry acquired Nordic Paper for a consideration of SEK 2.4 billion.

Slight slowdown in transactions in 2017 compared to 2016 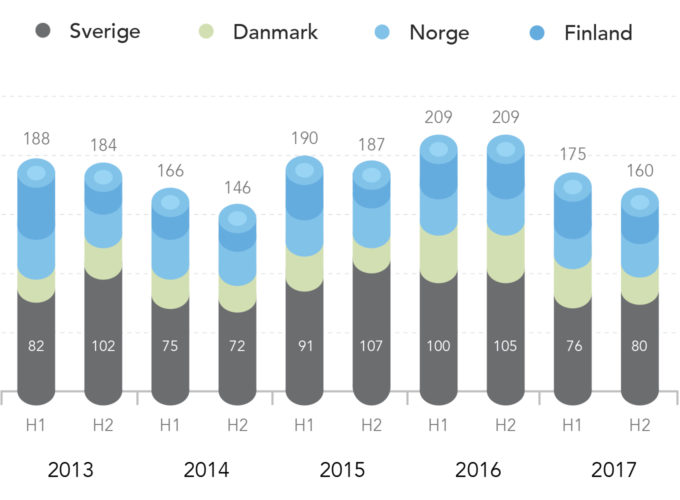 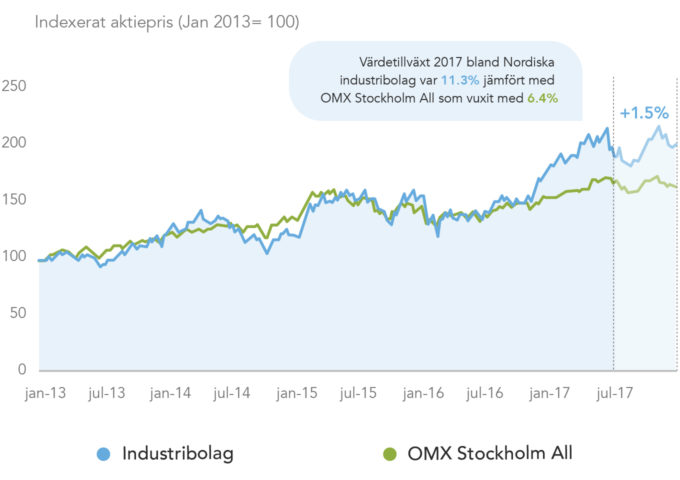 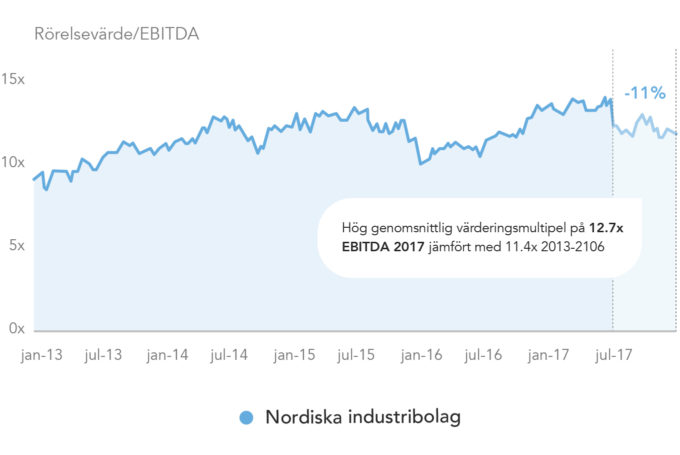