Private equity is investing large sums in the software industry

The largest transaction in 2017, in terms of enterprise value, was carried out by a consortium of financial investors, consisting of Advent International and Bain capital amongst others. Collectively, they invested SEK 51.7 billion in the Danish payment processing company Nets. HgCapital conducted the second largest investment of SEK 46.3 billion when they bought out the other financial owners of the ERP-system developer Visma.

Internet and application software most popular

Most investments in 2017 were performed in providers of internet software and services, totalling 72 transactions. Amongst these, White Mill AG invested SEK 32 million in the Swedish BIMobject, at a valuation of SEK 900 million. An investment that makes it possible to strengthen the company’s technology portfolios with products such as intelligent cloud solutions and internet based infrastructure. Application software was the second most attractive sector with 65 transactions. Nokia acquired Comptel in the highest valued transaction at SEK 3.3 billion, in order to strengthen their software strategy. Consultancy companies along with other software and data processing companies attracted 54, 24 and 17 acquisitions respectively.

*Total transaction value refers to the sum of all transactions where the purchase price has been disclosed. 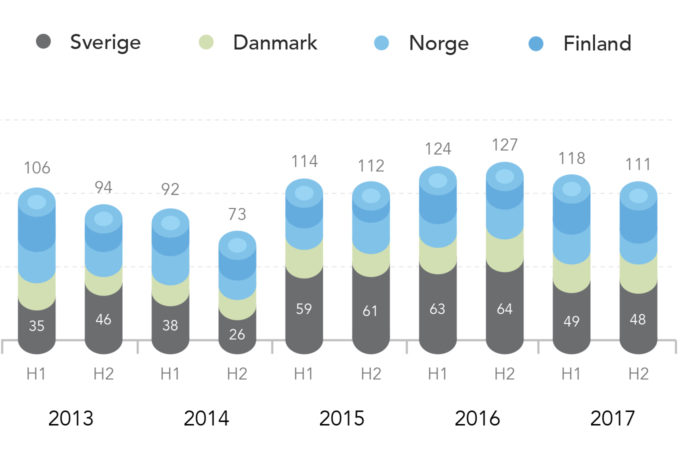 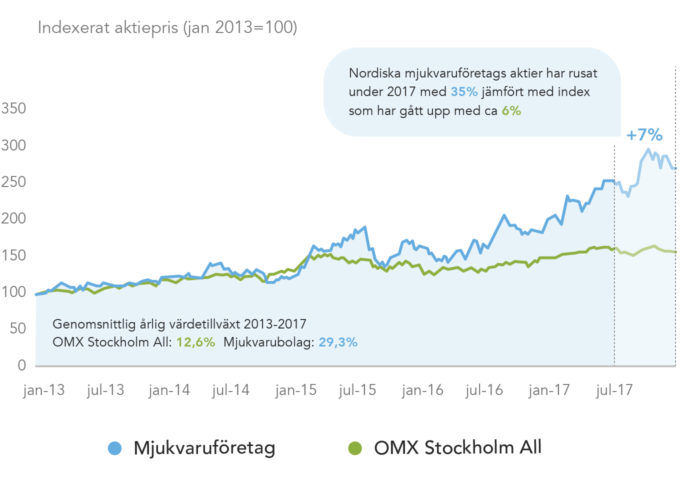 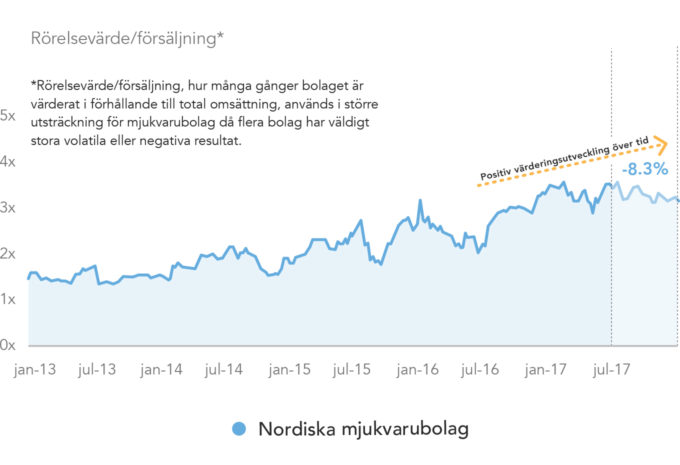