The price tag may be a deciding factor when selling your company but when you’re looking for a long term partner, experience, understanding of the industry and shared objectives should be considered too. Prodoc found all of these in South African Nashua.

Swedish Prodoc delivers equipment and services for handling information and documents, such as multi-functional printers and photocopiers. The company is the general agent for Nashuatec, a Ricoh brand. But in the mature Swedish market, selling hardware is not enough, it is just the beginning of the service undertakings.

“We have three legs to stand on. We deliver to retailers all over Sweden, we deliver directly to the end customer and we also handle the printing services for many Swedish companies. It means that we create adaptable solutions and take responsibility for making sure the handling of documents works perfectly”, says Kenneth Bengtsson, owner of Prodoc together with Pär Arvidsson.

“In three years we grew, invested and made acquisitions. Moreover, we had acquired the company with borrowed money, so we were faced with a choice. Either consolidation or bring in outside funding. We chose growth and bringing in a partner who could contribute with experience and competence.”

Prodoc felt the biggest challenge was presenting the company in a comprehensible way. To be able to collect and make sense of the figures, forecasts and processes. And Valentum did a terrific job. 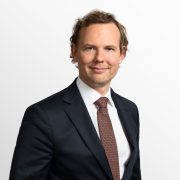 We’re impressed with Pär and Kenneth who grew Prodoc from SEK 150 million to SEK 300 million, but the company had always acted reactively and taken the opportunities when they presented themselves. The greatest challenge was presenting the company and drawing up a business plan demonstrating the future growth opportunities based on the company’s history.