Valentum advised the owners of Rivners on the sale to Lotus Maskin & Transport.

Lotus Maskin & Transport, a transport and demolition company, acquires Rivners AB and Rivners Sanering AB. Rivners is a leading actor in the demolition and decontamination sector in the greater Stockholm area with a turnover of SEK 110 million.

The company has taken part in many high-profile construction projects in the Stockholm area. For example, the demolition of the Klara blocks, the previous governmental buildings, Råsunda stadium and Mästarhuset.

Following this transaction, the Lotus Group will become one of the leading Swedish players in demolition and decontamination, with more than 200 employees and a turnover of more than SEK 370 million in 2016. In total, the group’s turnover is expected to reach approximately SEK 500 million in 2017, which makes Lotus Maskin & Transport Sweden’s largest privately owned demolition group.

“We have great respect for and trust in Lotus and are excited about our joint future journey. It’s a positive solution for both our staff and the company as a whole. We are looking forward to growing as a business and perform many demolition projects together in the future”, says Kjell Sten, former partner and CEO at Rivners. 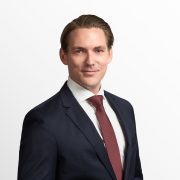 This has been a process with much industrial interest. We are proud that Rivners trusted us to assist them and are very pleased with the end result. Rivners is a highly regarded company in its sector and will fit well in with the Lotus Group.