Clearwater International has advised Ecochange, the leading provider of employee benefit bicycles in Sweden, on its sale to Storskogen.

Ecochange partners with organisations to offer their employees primarily bicycles, paid for through a salary sacrifice scheme that allows the employees to save up to 40% compared to retail prices. Ecochange largely serve public entities and stands out through its administrative expertise and ability to manage large-scale projects, through which thousands of employees can live healthier lives while decreasing their environmental impact.

When founded by Torgny Nilsson and Attila Földhazi in Norrköping in 2015, Ecochange became the first company to offer employee benefit bicycles in Sweden. Since then, the Swedish market for employee benefit bicycles has grown rapidly while Ecochange has maintained a dominant market position and further expanded its offering with new products and services. In its most recent fiscal year, sales grew by 30% to reach a total of approximately €25m (SEK 248m) while EBITDA amounted to approximately €8m (SEK 80m).

Storskogen will provide capital, experience and support to enable continued expansion and development of Ecochange’s offering. The founders will remain shareholders and they will keep their operative roles going forward. 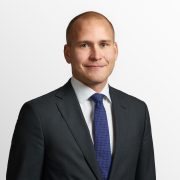 It has been a pleasure assisting the owners through this exciting process and we are truly impressed by the unique and highly attractive business that they have built. Since launching Sweden’s first employee benefit bicycles in 2015, Ecochange has come a long way and we look forward to following the Company’s development under Storskogen’s ownership. We would like to thank Torgny and Attila for their confidence in us and for their excellent collaboration throughout the process.