IDATA was founded in 1982 and is a supplier of output data services, such as production and distribution of physical and digital invoices, reminders and similar communication. IDATA has established a market leading position in the public sector in Sweden, focusing on municipalities and energy companies.

The company has established a position as a full-service provider within information distribution and has successfully adapted the business in accordance with the digitalisation of the industry that has become more evident since the 2000s. IDATA’s turnover was approximately SEK 145 million 2017/2018 and the company, which is based in Värnamo and Karlskoga, employs 26 people.

“We are very pleased to have acquired IDATA, another well-managed and profitable company in an exciting industry where the digital development is very noticeable. We’re looking forward to supporting the company in their ambition to continue developing the business”, says Peter Ahlgren at Storskogen.

“Having Storskogen as owner enables us to continue to run and develop the company according to our vision of developing new solutions and being a role model to our colleagues in the industry”, says Martin Genhede, CEO at IDATA.

Storskogen is a privately owned group of companies who invests in small and medium-sized Swedish companies. The group employs more than 1,000 people and has a combined turnover of more than SEK 4 billion. Storskogen was founded in 2012 and has a diversified portfolio, focusing on industrial and logistics companies.

Storskogen acquires 100 percent of the shares from the previous owners who will remain in operative roles in the company. 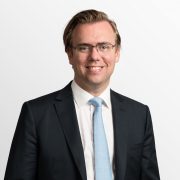