After a record breaking opening in H1 2017, the Nordic M&A market has slowed down slightly. At the same time, valuations are higher and transactions are larger than ever before.

2017 started strong with a new record number of transactions, but during the second half of the year, the levels of transactions have gone down slightly. However, looking at value and valuation multiples, the market is considerably stronger than the previous year.

In 2017, Nordic companies were valued at 11.5x EBITDA on average, which is significantly higher than the average in 2016 at 10.1x EBITDA. The average enterprise value also increased with more than 12% which suggests continuously increasing valuation levels.

67% of the transactions in the Swedish market in 2017 were conducted by Swedish buyers. The transaction with the largest enterprise value was Kinnevik’s investment in ComHem, which was valued at SEK 31 billion, amounting to 5x the turnover and 11.5x EBITDA.

Trends in the market

Great availability of capital in a liquid market

Software and tech are no longer just for tech companies 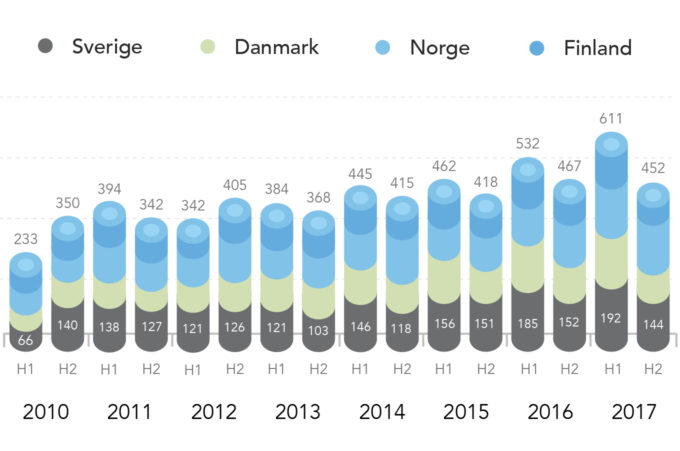 Slight downturn on the stock market during H2 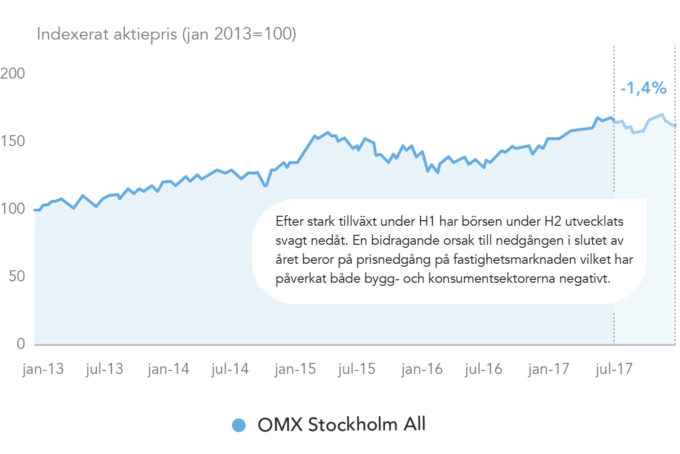